The Brownie Starlet was a simple plastic point-and-shoot camera made by Kodak in 1956. It was one of the very successful “star” series of Brownies.
A similar camera, without the flash contacts, was the Brownie Bullet II, made in the US from August 1961 – November 1968, which was also made as the Rio 400 in Brazil. 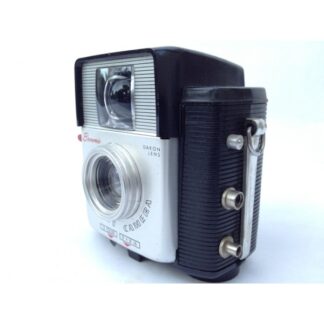