Christ on the Mount of Olives, Pieter de Balliu after Peter Paul Rubens 1630-1637

The work is in very good condition, with some spots and discolouration which makes sense given the age. But in the bottom left corner a tear which is fixed, as well as a tear along the bottom edge on the right. The back on which the work is attached is strongly yellowed and has some tears. 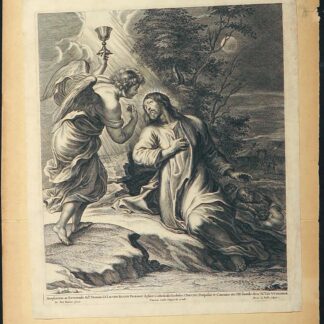